Has anyone upgraded to Windows 11, or heard anything about it? I got a notification that it’s “ready for your PC” but I don’t want to upgrade before I find out more about it.

Wait a bit, as it apparently have some performance issues.

Also, remember that v1.00 of anything new, will have [annoying] bugs… ahem …features.

From what I’ve seen, I like it. My business partner has it installed on a touchscreen laptop, and the OS really shines with a touch screen.

Hm. If this is the case, I’ll try upgrading my Surface Pro 3 (if it’ll even take it) first as a test-case before letting the gaming desktop upgrade.

Our company sent out a “don’t upgrade to Windows 11” email because they’ve identified incompatibility problems with some important programs we use. I’m holding off at home for as long as I can as well.

Damn. CPU in the Surface Pro 3 is too old and isn’t supported for Win11. Guess I’m just waiting til I hear sufficient data from other users before deciding whether the desktop will get it or not.

The Register’s got an interesting article up : 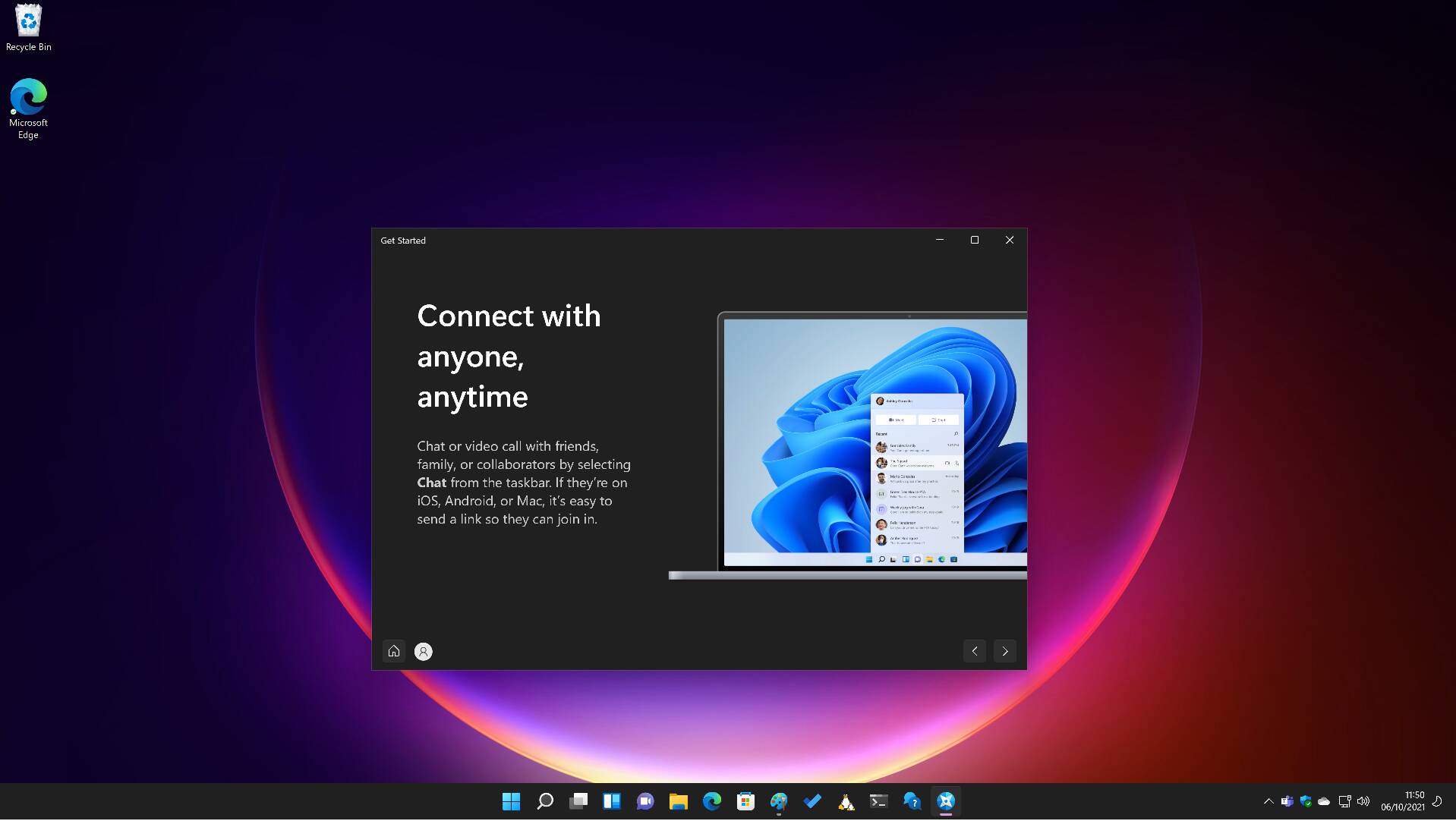 Microsoft does not recommend this

Well then I guess my old-ass ASUS laptop from 2014 probably won’t take it either.

Probably not. I perused their “Supported CPUs” list and it seems that none of them go back more than ~2-3 years or so. That article from El Reg that Ook posted above MIGHT be a way to get around it, but I don’t know that I want to try it on a machine that I do actually use for stuff.

I’d be a little leery of updating. Microsoft is overdue for releasing a crappy version.

Not to mention the increased resource requirements (more RAM and HDD)…

Vista and 7 did well on 2Gb, and was most productive with 4Gb.

Some more detail regarding Win11 from The Register. 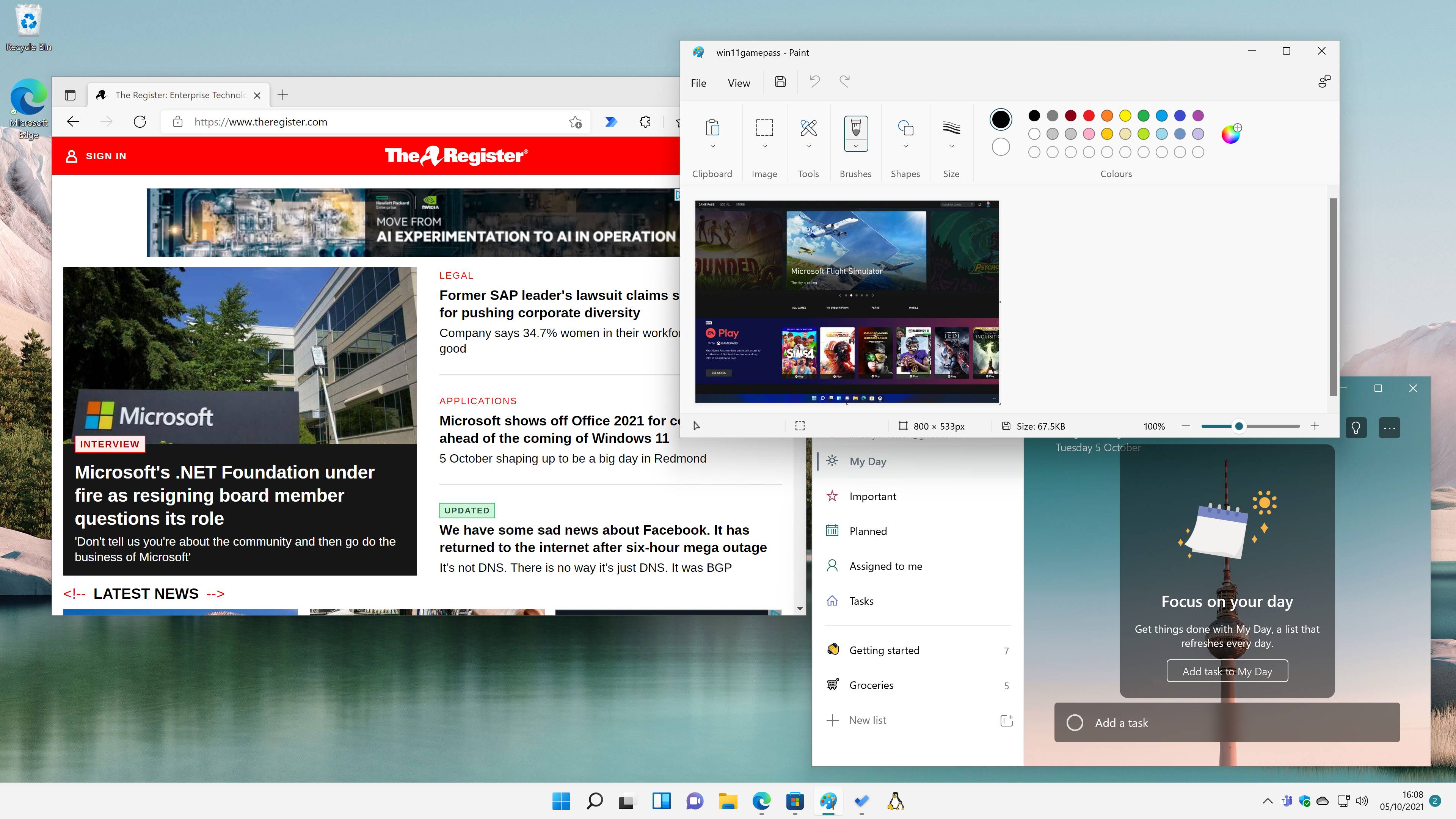 Windows 11 in detail: Not quite business as usual

Not quite business as usual for Microsoft

Windows Update has identified that the computer I built less than a year ago, using better-than-average components, won’t run Windows 11. Oh, darn. Looks like I officially don’t have to worry about upgrading until after Win 10 support ends in 2025.

Microsoft is really pushing hardware security, but as that article points out, their ban on Intel 7th-generation processors gets an exception for a computer made by Microsoft. It’s starting to feel like it did several years ago. What was that feature that Microsoft said was so integrated into the operating system that it couldn’t be removed, and then when there was a hideous backlash against it, they said, “Oh, I guess we can remove it” and the way they did was something like just changing a few lines of code or a setting or two?

The changes to the user interface means IT staff are back to asking “Which version of Windows do you have?”. “Do you have a round start menu button or is it a box of four squares at a slant” now becomes “Is your start button in the middle of the screen at the bottom or in the lower left corner?” Followed by figuring out what Microsoft decided to call things this time and if there are differences in steps to do a task in Win 11 versus Win 10. “No, you can’t right-click and pick ‘Copy’ any more. You have to go up to the button to do it.”

Once again, for as much a Apple used to be derided for having all programs and the different versions of MacOS look the same and run the same (post MacOS 9), the consistency reduces the Rick O’Connell “Here we go again” vibe I’m getting from Windows 11.

Once again, for as much a Apple used to be derided for having all programs and the different versions of MacOS look the same and run the same (post MacOS 9), the consistency reduces the Rick O’Connell “Here we go again” vibe I’m getting from Windows 11.

MacOS has had a relatively ‘big’ change every couple major versions of the OS X era. Generally a much larger jump than the ‘classic’ era, in which the ‘default’ MacOS 9 look was basically an evolved and colorized version of the much earlier MacOS design. Different, but very recognizable.

I do think vendors deserve some credit for experiments but get in trouble when it looks like “Change for the sake of change.” The Windows ‘live tiles’ idea was an interesting twist on grid layouts, I thought. I do like the Windows 10 (maybe earlier) automatic tools to snap to ‘half screen’ by dragging a window to the edge of a monitor and similar.

My biggest problem with Windows design standpoint is going half-asses on replacing old stuff. 10 has the whole “OK, there’s a new Settings interface, but if you ask for certain stuff we’ll dump you back to the old interface that looks almost Win95-esque.”

Windows 10 has been hands-down my favorite version. I am in no rush.

We had pretty good experience with the work roll-out, but we also didn’t really go nuts with it until 2019, I think. SOP now is if it runs Win7 it gets a replacement. We also did pretty much all ‘replacements’ not upgrades.

New info being released seems to point to Intel and Microsoft working closely together to optimize Windows 11 for Intel chips, which is leading to slowdowns of 15% on AMD Ryzen chips that haven’t received optimization yet. AMD was working on one fix when Microsoft released a new update and it made it worse.

If you get the notice you can update to Windows 11 and you do it, you have ten days to change your mind to roll back to Windows 10. If you don’t roll it back in time, it’s permanent. I guess you’d have to reinstall Windows 10 and then go back through all the updates and application reinstallation to get back to where you were.