Okay, I know. First thing you’re going to ask is why? Answer: games.

I have a fairly good Win XP computer that I put off doing a reinstall on for at least five years and didn’t use it much after building a Win 7 system. It takes a long time to boot up because of the various things I had installed when it was my main computer, like video editing software, PVR software, etc.

Two things have changed recently that makes me think it’s finally time to do the OS reinstall to clean it up. First is Mozilla stopped providing updates for Firefox. The second is the AVG anti-virus I have on there can’t get the firewall initialized after a recent update. If I manually turn it on, it deactivates after 10 seconds and says it needs a reboot. I keep the network cable unplugged until I need to check something on the Internet or the computer is off.

So now it’s time to take this system completely off the network and make it a pure games machine. The questions I have are this:

Have you checked to see if any of your favourite games are available on GoG? I still play Master of Magic and Master of Orion II, both on my Windows 7 machine, thanks to them.

It is still possible to find SP3 and that last patches for XP. You’re not going to find anything recent. MS took a hard stop on updating XP but extended some of the security patching for businesses.

There are ways to get around the nag. I don’t know if just disabling it from the internet is enough. But since it’s XP, I wouldn’t put it near the internet. The resources are out there.

For running older games, I agree with @Nabiki about GoG. They run a custom version of DOS Box that pretty much works out of the box. You can download DOS Box on your own and fiddle with it, but GoG takes all the work out of it. I would also suggest just running VMWare Workstation Player or VirtualBox on your Win7 box. Both are free if you want to just run one machine at a time.

That game is still awesome.

I wish I still had my XP SP2 bootable image, that would at least get you to something stable, but I dumped it ages ago.

It has been, like, a year since I installed XP, but it activated just fine. Dunno if that is still the case, though.

What about running XP in a VM environment… Bonus being snapshots (or cloning the image) so you can reset if it becomes corrupted.

For the system I want to reinstall, it’s an SP3 disc, so it’s a good starting point. I’ll check out GoG if I need to, but unless the original floppy discs or CDs have deteriorated, I’ll start with those. I’ve kept almost all of the games I’ve bought for my computers, going back through the Amiga and the Commodore 64.

You can iirc completely disable activation & nagging by using a volume license key (i.e. a corporate key) . They should be relatively easy to find if you’re willing to sail the high seas, as it were.

Edit - Additionally, I think you’re coming at this from the wrong angle. There’s pretty much nothing you can’t play with Windows 10 and DOSBox and a modern PC—Win10’s compatibility mode settings work really, really well for covering games from the transitional days of maybe 1997-2000, and anything after that will be a native XP app and will work fine in Win10 without much massaging. Anything older than that will be a DOS game and DOSBox will play all of those perfectly. (Possibly even better than perfectly, with enhanced graphics and wavetable MIDI!)

The only games I’ve had trouble playing on a modern computer are the 3Dfx pack-in games that use Glide—much, much more of a pain in the ass to get working. But other than video card-specific exclusives, the world is your oyster.

The days where you need a dedicated retrogame PC are pretty much gone. If you’re already going to have to wipe and reload the box, consider putting a working modern OS on it.

I’m not really looking for consolidation into a new system. I’m looking to use what I already have. It’s likely not powerful enough to run Windows 10. I use that at work and it feels sluggish, and that’s on a brand-new laptop, not a ten-year-old computer.

If I was going to buy a Windows 10 system that would be involved in this process, then I’d do it right. Max out the memory to make Windows run without being sluggish, put in enough so that it can run three or four monitors (I’m using three right now, but have a fourth I can hook up if I want), then begin the process of migrating all my programs and data from my Windows 7 computer onto this one. And then I’d make the Windows 7 computer the games computer.

The main purpose of this is just to get that Windows XP system to perk up a bit by doing a clean re-install. I could live with the nag messages if I had to and it doesn’t hamper the operation of the computer, but if I can get rid of them, that’s even better.

Another purpose is to put off as long as possible what is coming once you get involved with Windows 10: forced updates, the periodic fees for updates, and eventually, the periodic fees just to have the operating system (Windows as a Service). I also don’t need Cortana, I don’t need the forced insertion of advertising that is already there and will shortly be added to File Explorer, I don’t need all the other ways it tries to “help” that are accompanied by data collection. I don’t need the Quick Access and Libraries and all of that sort of thing cluttering up the Start Menu because I know how to add hard drives and create partitions to organize my files. I’ve seen what happens when Windows “forgets” a user account: My Documents and the Desktop items are erased.

I deal enough with figuring out at work how to get the computer to stop trying to “help” that is actually interfering with what I need to do. I don’t need that at home.

Looks like this would have been necessary even if I didn’t want to clean up the system. The Wikipedia article on the WannaCry ransomware says Microsoft issued a patch for a lot of systems, including XP. It’s going to stay unplugged from the network from now on, no matter what.

After moving that computer from its normal spot, I realized that it’s a full-sized tower, which would have room for a few more hard drives. So, I’m looking at a dual-boot system. WinXP for the games and a Linux system to act as a file server. I’m planning on putting a note on the monitor to remind me to unplug the network cable when it goes into XP mode as an extra precaution.

Then I’ll have something the little Raspberry Pi 3 media edition I bought can pull videos from.

And then there’s the Johnny Castaway screen saver, a relic from Windows 3.1 but which will work on XP without any fuss

Weird. Second time I’ve heard Johnny Castaway mentioned in a week. I think it got mentioned on a Metafilter thing about screen savers.

Some kind guy repackaged the binaries so that it will run on WinXP - but should also work on any 32-bit Windows.

I got it running on Windows7 32-bit

Pity it won’t work under 64-bit Windows… but I expect that there’ll be a performance penalty when it runs.

Found a Registry hack that will do it for you, if you follow the instructions carefully. Works good, but I would not recommend it for production systems, due to concerns of the activation system starting up, leading to a cockblock of epic proportions.

Had to resort to this hackery as our HR lady had an old laptop which she wanted to give to her kids for playing games on. Unfortunately somebody upgraded it to 7 and it ran like a two-legged dog. Wiped 7, reinstalled XP (luckily had an OEM image lying around somewhere as I purged our system of all XP-related things [we cannot use XP anymore]) but ran into the activation issue when I wanted to activate it. (The laptop was too small for Win7, and they cannot afford a brand new laptop).

So far all is good, haven’t had any complaints from her, so I have to assume all is well.

Might want to recommend that they don’t try to install Office. Or maybe even any Microsoft product. But I have seen some versions of MS Office trigger OS product activation again.

Yoh, before I forget, here is the link to the article on how to be creepsy and tricksy… 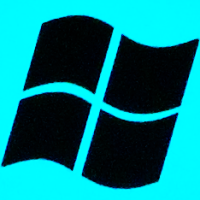 I had just installed Windows XP x32 SP3 in a VirtualBox virtual machine (VM), so as to run WinXP on Linux. Now I had to activate it. This turned out to be more complicated than I had expected. It t…