Anyone have experience playing with this? It’s been out for a bit now and people are doing all sorts of fascinating things with it. I’m tempted to play, not the least because my aforementioned BBS test project will require a low-power computer and this seems like it would fit the bill nicely. Thoughts? Vendors?

There are a few folks at Ars who are going hands on with the things, but I don’t think we’ve got anything serious in in the pipe from an article perspective (though there is one upcoming Arduino-based piece that’s going to be hilariously awesome).

The Raspberry Pi web server is a super popular project, and a brief glance at the Citadel project seems to show that it doesn’t really require a lot of resources or dependencies, so it’d probably be a good fit.

In fact, Citadel looks like a pretty self-contained application. Does it require a separate web server application like nginx or lighttpd to actually do the web serving part, or is it really an all-in-one deal?

In fact, Citadel looks like a pretty self-contained application. Does it require a separate web server application like nginx or lighttpd to actually do the web serving part, or is it really an all-in-one deal?

It’s all-in-one; I’m not sure what the web server back end is, actually. The cool thing (to me) is that you can access the same site content via IMAP folder subscription in an e-mail client, web interface, or text client.

Documentation is a little iffy in places, and hasn’t always kept pace with development. I can’t program at all, but I’ve thought about trying to dig in and contribute some documentation to the project. It’s just a handful of die-hards plugging away at the moment.

It’s an old thread but, but I have a PI. I go back and forth on setting up as an XBMC and as a MAME box. My big project is to convert it to a radio/mp3 player for the house. But I love the thing. I’ve even gotten it to interface with my Arduino and flash some lights. One day I’ll have time to really sit down with it.

Time, funding, ambition & supporting infrastructure are all in short supply, however.

I like raspberry pie, and jam. The jam is really good on waffles.

And I might pick up one of those boxen as a minecraft server for the house.

I’m tempted to get one to try to use as a client for my DVR server. Not tempted enough to pull the trigger yet, but I’ve been thinking about it for 6 months or so. One of my coworkers made one into a control unit for his smoker - monitors, and I think it can open a damper to regulate, the temp.

You can run it as an XBMC. It’s not the best but it does the job for most things. I tried it as a test with mine. It was a little laggy on really big videos but it wasn’t horrible. I found Plex to be easier than XBMC but I haven’t tried it on the Pi. For $35 I think it’s worth dropping the cash for one. They are easy to configure with multiple SD cards (I have one that’s just the OS and another that has my MAME emulators on it) so you can just shut it down and swap cards. And I think they’re handy in case you want to re-purpose it for something else later.

Yeah, there are folks selling them preconfigured with XBMC on ebay. But, I think there is a Plex client that will run on a R-Pi and also talk to a SageTV server.

Just a heads up for those wanting to know… With Windows 10 coming out, you can put Windows 10 on the Pi for free. I doubt this term ‘free’ as the instructions to do it require you to use a system running Windows 10. So, not that free I guess. I’ll probably give it a go later this week with my Pi 2 and see what it does. 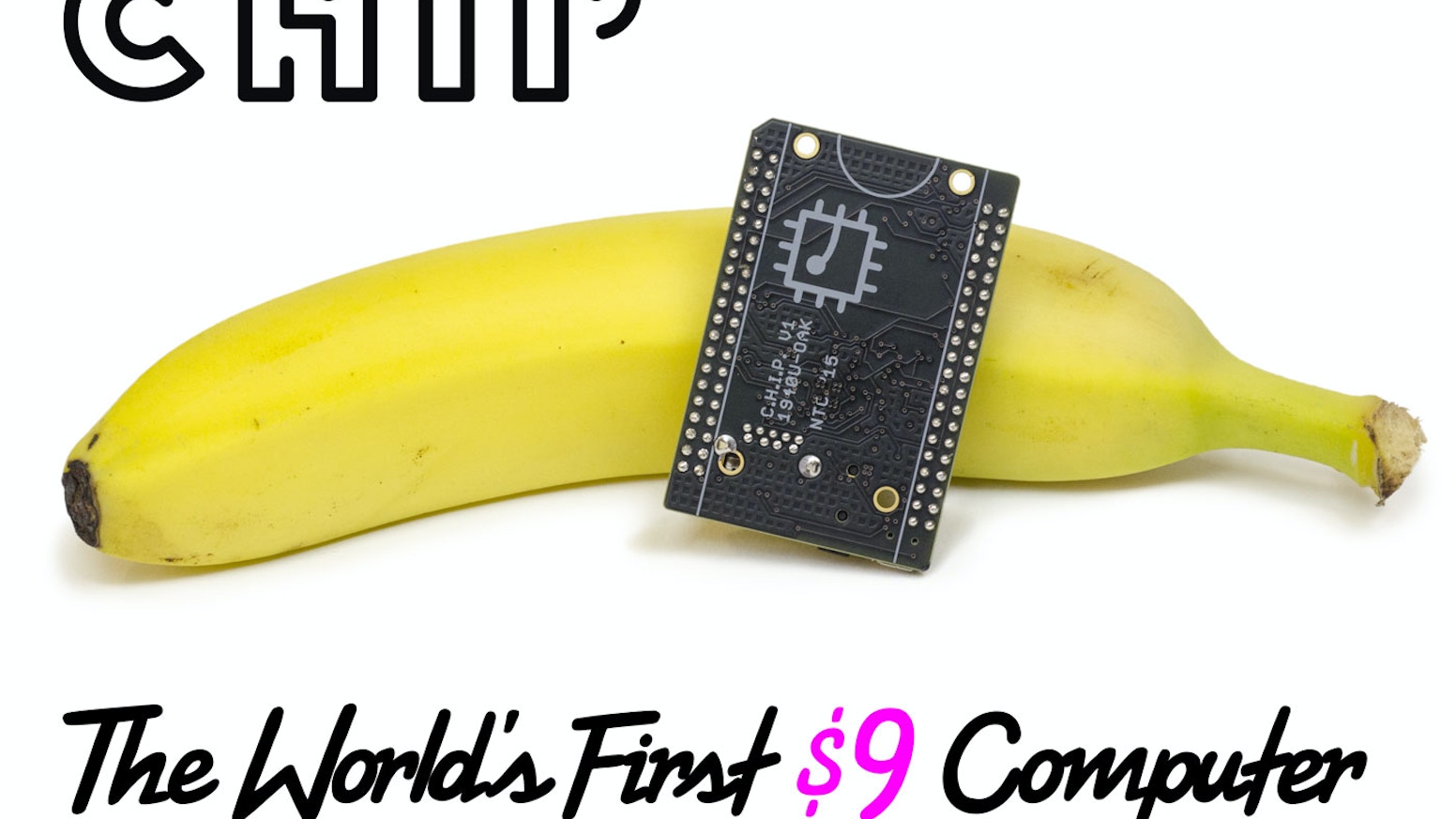 This thing looks hella awesome. I’m sold on one, and I have no idea what to do with it, but I have a couple ideas. I need a chicken coop monitor, and there are some garage projects I’ve been thinking of. At $9 a pop I can put one of these wherever.

OK, I know there have been some people playing with Pi since this. My daughter and I are going to hammer together a Pi Minecraft server, hopefully running Forge and Mo Creatures.

I think this has more than I need. Any thoughts here? 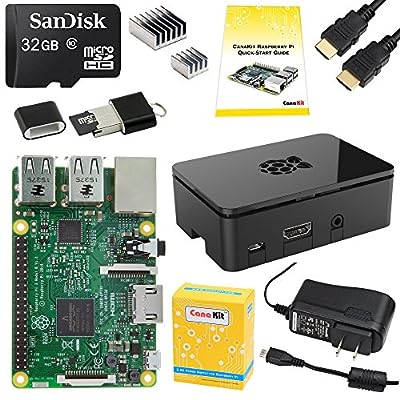 NOTE: The 32 GB MicroSD card may appear as 1 GB when inserted into a PC as it is pre-partitioned. The remaining space can be expanded as desired. The CanaKit Raspberry Pi 3 Starter Kit is covered by C ...

This one looks pretty good too, I don’t need the case, we’re going to build a Minecraft lego case, and maybe eventually put leds on it to indicate server status and light it up. I’d also need another SD card, but I was plannign on buying at least one more anyway. 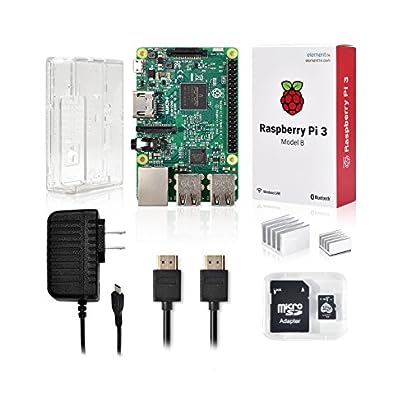 The Raspberry Pi 3 Model B is the latest Raspberry Pi Foundation single board computer with a quad core 64 bit ARMv8 CPU operating at 1.2GHz. It is almost twice as fast as the outgoing Raspberry Pi 2 ...

The Canakit is available “After assembly” the Love kit I could have tomorrow. I don’t have to have it for Christmas day, but it would be a fun Christmas day project. I’m also considering the $99 Canakit that has LEDs and that for more fun stuff to do.

Every now and then I think about building a Pi Minecraft server but then again, it’d just get dakson playing Minecraft even more than he already does.

OTOH, I could block it/shut it down anytime I want.

It’s $100 I have to find a way to justify dropping on another toy.

I set mine up last weekend with RetroPi, so it’s running various emulators. I need to order some better controllers: I got some cheap USB controllers based off N64 controllers, but then remembered I hated that design, so probably ordering some PS2-style ones.

The N64 ones are kind of funny in that they must have been made by copying the original plastics, and have a gaping open spot where I think the original could hold a rumble pack.

Also, it’s a little funny that I feel like every Pi “app” I’ve seen has a totally different how-to tool (on Mac at least). I think the base config used one tool, Pi Baker for Retropie, and the Flightaware thing recommends a third. All basically copy an image to an SD card, right?

And pulling the trigger on teh Pi.

I got the one with LED lights and a bread board. I have no idea what I’m doing with those, but I’m making a case out of Minecraft Lego, so if I can run some LED lights to the lava portions that would be aweseome. Especially if I can make those lights status lights or something.

How many users can a Pi Minecraft server support?