I thought we had a thread devoted to cameras, but it must have been in a prior version of CoG.

I have little idea of where to start, except I’d love the following features:

I expect to use it for photographing things such as motorsport, landscapes, sunsets / astronomy, and a bit of macro stuff as well.

So I’m off to start researching. Please add what camera you have and what you think of it.

I haven’t been keeping up with the current trends, but I believe the Nikon D7000 that I have would nearly fit the bill (even has the ability to be controlled remotely according to this video https://www.youtube.com/watch?v=vNZrt4pJuEs). Though, re-reading your list I missed the part about not switching lenses… regardless, see below if you want to consider a DSLR (which I think you should if you want serious flexibility). I’ve heard good things about the “Nikon 1” - likely a good place to start.

Do these requirements not contradict eachother?}}

I’ve had the D7000 for a couple of years now after upgrading from a D70S and I couldn’t be happier. I think it’s at the very bottom of the “pro-sumer” category - lots of little features to play with and learn about. I use two main lenses right now, a Nikkor 18-200mm VR (bought it used instead of the VRII version) and a Nikkor 55-300 VRII Telephoto - both of which work great. I’ve been using the telelphoto extensively at airshows and the like. The 18-200 is great for all-around use - I just got back from a trip to Washington DC and took about 600 photos between my wife and myself all with this one lens - once I process them in the next few days, I’ll throw up the results onto my Flickr page ( https://www.flickr.com/photos/rev_aviator/sets/ ).

Canon or Nikon is likely your best choice.

I’m a Nikon fan (currently using a D300s, with a D80 as my “spare” body), but I know others who’re Canon fans. Ultimately it comes down to how feels for you - go and play with a bunch in camera shops (and those you can borrow) and see which works best for you. Instead of an SLR though, you probably want to look at the four-thirds and micro four-thirds formats, given you want something relatively compact. You’ll sacrifice high ISO image quality though, simply because the sensor is smaller.

If you can’t borrow some for a few days, you may want to look at the likes of http://www.lensrentals.com/ (never used them, but I’ve only heard good things). Then you can rent a body and lens to suit and try them out in each of your scenarios to see what tradeoffs are acceptable to you.

@balance - Yeah, those two do contradict each other. My reasoning was “go with something with removable lenses for future-proofing / adaptability or if it’s a non-removable lense then have a honking big optical zoom”. I didn’t quite get that across.

@CryHavok - thanks for the pointer to lensrental.com - the only issue is that I’m in Australia, and I doubt they’d ship something half-way around the world for me to play with. But I’ll have a look - you never know!

I’ve thought about a DSLR and have used a friend’s Canon EOS-something-or-other and it worked really well.

I’m doing a couple of long holidays over the next year and want something that’s relatively lightweight and easy to carry. (Either in a backpack or in a jacket pocket.)

Thanks for the pointers to the Nikons and Canons, It’s going to be “off to the shops” later this week to have a very, very good play with lots of shiny toys.

I run an EOS 50D, primarily with 24-105 f4L and 70-200 f4L lenses. It was new in 2009, current equivalent model number is 70D I think). It was squarely mid-range when I bought it but Canon have since changed their lineup so that the 70D actually falls in the prosumer bucket, which means it won’t be quite so solidly built (but will be lighter) and the ergonomics may be a bit… wrong.

By all accounts the 70D is worth looking at though - you may want to compare it to the next model up (7D) and down (700D I think). The 7D is a sports shooter’s dream - 10FPS burst mode and something like 65 autofocus points. With some fast glass you should get a very decent yield. My 50D does 6.5FPS which I have found to be quite enough.

The Canon vs Nikon debate is really up to the individual - Nikon do some things better than Canon, and vice-versa. Some people like Canon’s UI better than Nikon’s, and vice-versa. There is no clear leader, although Canon seems to be more widely used so second-hand lenses may be slightly more plentiful. Most Nikon models have a built-in timelapse feature whereas almost all Canon models do not.

If you go travelling with a DSLR you’ll want a backpack - Loewpro make the best ones IMO.

One of the things that drives me batty about Canon is that the viewfinder metering won’t freaking stay on for more than 6 seconds after you release the AF/AE lock button, even on the 5D Mark III. You have to get a 1DX to have longer metering. Nikons, from what I understand, will let you keep the meter on for much longer.

I can set live preview metering to stay on for much longer, but I’m not usually using live preview—I’m usually using the viewfinder. Not being able to check my meter without touching a button is just hella annoying.

I’m in the Canon system because of work, and my bag is a mix of lenses I’ve paid for and lenses work owns, so I’m kinda stuck here. And I’m pretty happy—more, I’m just used to the Canon Way.

That IS annoying!! Can’t say I’ve thought that much about it, as it’s Always Been That Way, but it would be mighty handy to have a TTL light meter that doesn’t require you to half-press the shutter button.

Yeah, those two do contradict each other. My reasoning was “go with something with removable lenses for future-proofing / adaptability or if it’s a non-removable lense then have a honking big optical zoom”. I didn’t quite get that across.

I am super happy with my Cannon. Made it on my cruise with it just fine. And the zoom is pretty nice. 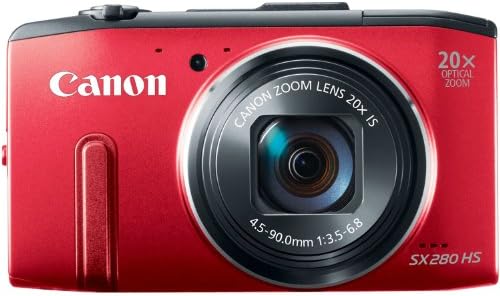 I have an older model of that! Mine is the PowerShot SD780IS, which I got for Christmas about four years ago. It’s gone to Japan with me, and it’s a nice little camera for the amateur like me.

One play in the shops later, and more reading of camera reviews and the field has narrowed considerably.

The Sony A5100 was a front runner, but got eliminated because it’s too damned small for my hands. Which leaves the Canon EOS70D and the Nikon D7100 fighting it out for overall winner.

I can get the Canon and Nikon for pretty much the same price (body + 18-55 and 55-250/300 lenses). I think the deciding factor will be ergonomics and how easy it is for an idiot like me to drive them.

Currently the Nikon is ever-so-slightly in front because it has slightly more megapixels and a very clever dual SD card system.

Currently the Nikon is ever-so-slightly in front because it has slightly more megapixels and a very clever dual SD card system.

Fair call - just remember that megapixel count isn’t everything. Some pros actually feel that fewer MPs is better, due to the density of the photoreceptors on the sensor (can cause excessive noise, particularly in low-light situations).

Yep, totally agree there about the MP count. Although the sensors are within 1mm of being the same size (X, Y dimensions).

Tomorrow is going to be spent visiting camera shops again and trying to make a decision.

I bought a Sony Cybershot DSCW830 (I think Cybershot is Sony’s model of the Powershot) last weekend. If I need to do fancy stuff, I’ll use Paintshop Pro to do it. This will be more than enough for my purposes.

It is horrible how many cameras no longer have, according to the specs, a timer. Do they come with a tiny person to take pictures for you? Or are the manufacturers in league with the helpful French guy in European Vacation?

It is horrible how many cameras no longer have, according to the specs, a timer.

The scourge of the selfie has a lot to answer for.

Is it really a selfie, if you are using an actual camera, or if you aren’t holding the camera at the time?

Friend was just telling me about a husband and wife vacationing in Portugal who were trying to take a selfie. They kept backing up until they fell off the cliff… while their two young sons watched.

My question is, why would they be backing up? How far can you really get from the cellphone or camera in your hand?

Maybe trying to get something into the background?

My question is, why would they be backing up? How far can you really get from the cellphone or camera in your hand?

Because people are stupid. End of story, no more needs to be said.

No, they are disqualified, they had two kids.

No, they are disqualified, they had two kids.

Thanks for all your help, people.

I spent Friday wandering around the camera shops and eventually took home a Nikon D7100 with a Tamron 16-300 lens. Yes, it was a lot more than I intended to spend - but I was able to tell myself it is a 10-year investment and I won’t need to buy another camera or lens in that time.

What decided it for me with the Nikon was the higher image quality and more realistic colours when compared to the Canon.

And before I forget, a giant “F**k you” to the salesman in Michaels’s Cameras. If I go in there and say I’ve researched A, B, C, D, and E, and I need help making a decision, do not attempt to sell me product F. Especially when it does not meet most of my requirements.