Mom, I bet you can't

Thanks @Woodman! I now swear by Cardboard rivets! They are kinda awesome!!
http://mrmcgroovys.com/

Also, my kid is only 10 and I’m already seeing the assholiness that is other people’s kid. I am very very very thankfully that he doesn’t have many friends cause I couldn’t handle it if he had more! It’s insane what people allow their kids to get away with!!!

It’s insane what people allow their kids to get away with!!!

One of my… well, less than a friend, more than an acquaintance… had, at sixteen, a two-door, two-seat convertible European sports car (I have no idea what brand). He did nothing to earn it, his parents just gave it to him. I heard later that he totalled it halfway through senior year.

I have heard “I want my kids to have everything I didn’t” used too many times. “Everything I didn’t” shouldn’t include a rap sheet, frequent flyer miles at the body shop, a stay in an alcohol/substance abuse treatment center, first name basis with everyone at the local STD clinic, or a gift card to Baby’R’Us before they turn 18.

I would want any children of mine (knock wood) to have great experiences and a loving environment to look back on. Which includes developing strong values, a work ethic, and the ability to get by on their own as an adult. Anything less is child abuse.

@Zesstra, I hope your kid knows how lucky he is. I think you are being an awesome mom. But I can’t help with the pig, I’m keeping kosher this week.

I would want any children of mine (knock wood) to have great experiences and a loving environment to look back on.

My two older daughters have just about thanked me for being the asshole I am, or at least for some of it. One of the middle one’s friends still talks about the time I took her phone from her in the parking lot when she was walking and texting. And while my daughter is a bit embarrassed about it, still, it is definitive proof that I care what happens to her, her health and her future. As opposed to the kid she wanted to be who got everything given to them and wrapped his mustang around a telephone pole twice this year already. I’ve also grounded her best friend twice, and made it stick.

The kids she wanted to be like are now the kids she looks down on because they have no control over their own lives. Not that she wouldn’t mind a brand new car, or new clothes every week. It’s funny though, I’ve been trying to give her $100 to buy some jeans from Hollister, and she keeps holding off for a sale, and then she only bought one pair to make sure they fit right, and now I’m not sure what excuse she has to not get more. So I have two daughters that are reasonably intelligent with money, even if the younger one still spends it like water, at least she understands how much things cost, and puts at least half in savings. The other half she might as well burn, but whatever. And the are both reasonably empathic, the older one not so much but she’s a bit tempermental and judges a little too much, the younger one is still navigating by feelings a lot. And then the youngest is 7, and everything is a disaster or a miracle at that age.

@Woodman- Please do not call yourself an asshole. I have this conversation with SC. Our JOB as parents is to guide our children to be respectable members of society, no matter what career/ lifepath they choose. Being strict and having certain expectations for our children, in order to achieve our parenting goal, does NOT make us assholes or bitches. It means that we have goals for our children that we expect them to uphold, and are willing to deal with the consequences of our choices. I am a parent. I am not my son’s friend.

You are totally correct except for the fact that I am sometimes an asshole. Not being perfect I lean towards more of a crime and punishment regime than true parenting sometimes. And my wife leans more towards the coddling side, so it evens out mostly.

@Zesstra, God bless you and SC for making sure your kid is actually growing up to be a decent human being. That seems to be a rare thing anymore. I am what you call childfree, meaning I don’t have any kids, nor do I want them. I was lucky enough to find a girlfriend who feels the same way and she will probably be Mrs. Force10 some day unless something changes.

People think this means I hate kids. This isn’t true. The kids don’t know any better. I reserve my hate for the parents who let them run around like retarded monkeys on crack and let them do whatever they want. I’m on a forum for childfree folks and we make a distinction between parents and breeders. You and SC are definitely the former (you too, @Woodman).

I love children, but only if they are marinated properly.

I will, no matter what circumstances, have a child that carries my genetics. Period. There is enough genetic flotsam in my family that fathering a child that way would ensure the kid would have a nightmare of a life. It’s a lot of little things combined with a couple big things.

The alternative is out of the question right now. I don’t have the money (and would not want a foster kid to think I was taking him/her in for the state check), I don’t have the space (and almost no chance of getting a better place with the housing prices here), and…

Well, at this point, the kid would have to explain why his/her dad is pushing 70 at the graduation ceremony.

I’ll stick with my characters. Most of them are pretty good kids, most of the time.

Hey now, there is a time for running around like a retarded monkey on crack… Visits to Grandma!

I will, no matter what circumstances, have a child that carries my genetics.

I don’t think this means what you meant it to.

I don’t think this means what you meant it to.

I have not had enough coffee yet.

I will let you know if I come up with any more ideas. However, it seems to me that you are doing just fine with ideas on your own.

I just thought of something, but it’s a lot of effort.

You can sometimes find a little gadget that presses a boiled egg into a squarish, almost cube shape. I checked, and here is one on Amazon. You may be able to find one in a party supply store or a kitchen gadget store. 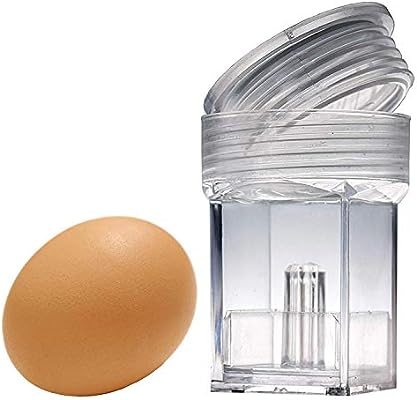 Shop SCI Scandicrafts at the Amazon Cookware store. Free Shipping on eligible items. Everyday low prices, save up to 50%.

You could use food coloring or possibly something else to make these look like blocks of various kinds. You could press one into purple cake sugar to make those jewel blocks, for example.

Like I said, it would be some time-consuming effort. And I don’t know if the kids would be that interested in boiled eggs. (turning them into deviled eggs and putting the halves back together would also take a bit more time and effort).

DS7 and DS6 said that your crafts are totally awesome. They really wanted me to tell you that.

That is a really neat idea but you are right TIME CONSUMING @ClockWorkXon!

@MSUAlexis- Tell them Thank you! My kiddo is getting more excited every day!

Oh, and BTW, the title of this thread gets my wife into trouble. Not the exact words, but the meaning.

I believe it is the downfall of many parents!

Only the ones who give a darn. Some don’t, some are too busy (redundant, I suppose), and some are mentally imbalanced.

The Diamonds are 1st place prizes for the Creeper Toss game (2 age divisions). Emeralds are 2nd place. I made the flower just because I could.

The dirt blocks have been started for the build area. Simple but perfect for what the kids will be doing with them!

I’ve said it before, but it bears repeating: you’re awesome.

Your son is going to be the envy of the neighborhood. You, on the other hand, will most likely be hated by the other parents.

I have to add: I really hope it doesn’t rain between now and the end of January.

I’m not sure which continent you’re on.