For those of you that didn’t see this, LogMeIn is no longer offering a free version. You have about a week to switch everything over to something else (like TeamViewer).

Although I do love LogMeIn for the ability to not have to have a client on my machine to connect to a remote box, the $99 a year subscription is too much to keep me around.

Thanks for the “heads up,” @Darktan. I’ve only kept a LogMeIn account for emergency access to a jump box here in my server room… guess I’ll be looking elsewhere.

I’ve been using TeamViewer to support family and friends for some time now and it’s worked solidly for me. It does cost a fair chunk for commercial use though.

I’ve been using Teamviewer as well for quite some time. The only gripe I ever have about it is that with the Linux and Mac clients, you have to keep the window running somewhere or else the program closes and you can’t remote into that box, unlike the Windows variant which will minimize to the notification area. If there’s a setting for this on either of those, I haven’t been able to find it (through a combination of laziness and other stuff to worry about)

I do like that there is a web client for TeamViewer. I used to always have to run a client on my side to connect to anything. I believe this might be just me missing this option as I used TeamViewer as a backup to LogMeIn and never really used the web portal. But one thing I do miss is the Wake-On-Lan setting. My media box is always running and can wake my server up in a pinch, but I always liked that option in the web client. Also the few times I needed to do something on Mom’s machine, I could pop it on and go nuts without her at the the keyboard.

There’s an article on Computerworld called “Free LogMeIn alternatives – Review roundup”. It’s exactly that: a roundup where they give you the main points and a lot of links to the full articles. Not quite as good as a side-by-side comparison, but it does mention four programs.

If you go to the first blog linked to in this roundup, it reminds us about the Remote Assistance in Windows and Apple’s Remote Desktop program that you buy for $80.

Similar to what RRabbit42 wrote - there’s an article on ITNews talking about alternatives. TeamViewer seems to get the best comments. 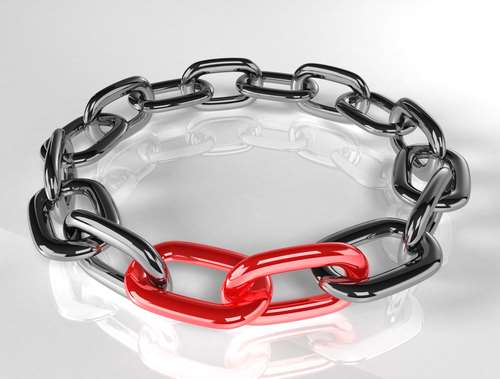 My need is for an unsupervised client machine, which I used for emergency network access. No one there to launch a tool or start a session, and I’d rather not leave an open Admin session waiting for someone to connect.

Remote PC does one machine free, which suits my needs.

If that’s not an option, VNC Server + VNC Viewer is as old as the hills, and just as reliable.

I second that. VNC is quick and easy.

You can use Team Viewer to log in to a remote system - if you change the settings to allow it for admin accounts.

I’ll also support the VNC options - I used it for a long time to support family.

Alternatively, if it’s only to give you remote network access, have you considered installing a VPN server? Heck, even my Raspberry Pi has enough grunt to provide me with VPN access to my home network.

The problem arises in that the machine is behind a firewall I need VPN to navigate, but I need that same VPN to then jump to the servers in another state.

Only one login to the VPN permissable! If I enable VPN here, to get to the box via RDP, when I log into the VPN there I cut off my home connection.

I had not considered VNC - I always thought of it as internal network protocol, not Internal-ready. Maybe it is?
Likewise, while I mostly will be accessing the jump box from home, I wanted to build in the capability to get there from some unknown box - get an emergency call when I’m at my brother’s house, for example. A web-based client is a nice solution.

It is, if you use one of the versions that includes encryption such as UltraVNC or RealVNC. RealVNC’s personal license ($30) supports encryption, but the free version doesn’t. It is easier to get up and running than UltraVNC though.

RealVNC, UltraVNC and TightVNC all have web (Java) clients - indeed ISTR that all the VNC servers do that. Of the 3, in your case, I’d probably plump for RealVNC.

I +1 Doc. RDP is great but if there’s a beefy network in between you, it could get messy. I’m not going to walk my mom through opening a port on her router/firewall just so I can show her to click the okay button. LogMeIn and TeamViewer handle that nicely. I also like the wake on lan and web clients. I could connect to my machines on my phone just to check something or start something. And on a friend’s PC, I didn’t need to install something.

Now this is going back a ways and if I can find my instructions I’ll post them, but I did have a recompiled copy of TightVNC for my Mom. Basically, it was the TightVNC client and not the server. But it was hardcoded to my IP. So if Mom needed help, all she had to do was call me and I would start up the server on my end and accept connections. She clicks the icon and bam. She connects to me instead of me connecting to her. This put all the network configuration stuff on me so I didn’t have to worry about her side of things. It worked, but then something broke (I think my DynDNS changed or I forgot to open a port) and I just switched to LogMeIn.