Anyone got opinions on the roughly 8 billion options for external batteries for cell phones? May get one before our next trips, and I’m looking around.

My two primary options are:

Anker, because they make good stuff.
Fuel Rod, because you can swap the hardware for a charged battery at various useful locations.

…But I’m not sold on either. I also harbor fantasies of solar panels to remain untethered, but that’s probably not likely since I also tend to stay inside a lot.

I have a couple Anker batteries and an Anker portable solar charger. I have a couple of other external battery packs that I’m not nearly as happy with. I’ve heard nothing but good about Anker.

Anker is generally great to deal with, which is why they’re my go-to. I somehow broke one Lightning cable, but I think that was because the phone it was connected to hit ‘just right’ at the point where the cable connected and snapped off the protruding bit surprisingly cleanly.

Still, better an affordable cable than messing up a phone connector.

I’ve got… An Anker charger at home, a nice 5-port one on my work desk, and a spare 2 port that will probably go in my travel bag. I was using modular travel power strips for a while, but honestly don’t see the need anymore now that all my travel kit for personal trips is an iPad and iPhone.

I have an Anker Astro E4 13000mAh (Model 79AN7925) that I keep in my back pack at all times I love it. It has 2 IQ ports and the mesh bag it comes with has enough room to keep both a mini and USB-C cable in it. I have charged my phone 4 times from this battery without recharging the battery. It will also charge my Kindle and tablets. You’re supposed to get 2 full charges for an iPad out of it but I’ve never tried it. It’s teh awesome. Gratch also has an Anker pack that she uses all the time as well. I do have an el cheapo solar pack as a backup that I leave on my dashboard in the truck. It does the job, but it’s not my first line of defense. The performance I chalk up to the manufacturer. But yeah, I go with Anker.

As an aside note, I also carry a Belkin SurgePlus in my bag. It has worked great in airports where people are using plugs. Most people have asked to also plug in when I hook it up since I just added 2 more plugs to the outlet.

Amazon’s page for the Anker Astro E4 got weird: 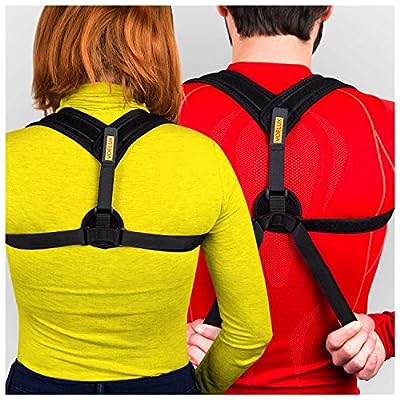 I’ll keep an eye out for more ‘modern’ replacements.

I noticed that too. That’s the reason I didn’t just link to it. I’ve had this thing now for a couple years and it’s still going strong, but I don’t think they make it anymore. This one is the current replacement I think.

Also on the Anker bandwagon, I’ve made gifts of them to family for a few years, not to mention picking up hubs, stands, cables and other of their products along the way…

…interesting. Have seen only romoss and others, but not Anker yet.

Will keep an eye open. Thanx for this.

I have a couple of their hubs too. Very handy when I need to charge something instead of plugging it into my computer and taking up a USB port. The cables I’ve gotten from them are nice too. The only product I wasn’t completely satisfied with is a set of their bluetooth headphones. They work okay, but they don’t fit in my ears well. They are now my backup pair I leave in my bag instead of replacing my gym headphones.

Anker’s awesome for basically selling a lot of stuff you can get dirt cheap at a price that is higher, but then so is the quality. I prefer their cables over a lot of the ‘random brand I’ve never heard of’ seen on Amazon or in a lot of stores.

(I do have a probably not to the USB spec multi-head charging cable from some random company I’m keeping in my bag for emergencies… But I’m not sure I’d leave a device connected with out keeping it in sight, as it’s kind of scary in a “this probably keeps the USB spec writers up at night” kind of way.)

I think I just talked myself out of a new desk (and into a replacement gas grill) so may need to price some long cables and Anker will be preferred.

They work okay, but they don’t fit in my ears well. They are now my backup pair I leave in my bag instead of replacing my gym headphones.

I went through a couple sets of headphones during the 2015-2017 contracting “I Live on a Conference Bridge” run: For comfort, I’m actually pretty happy with some from ‘Ailihen’ that I like. They’re wired, but I find I prefer big 70s-style over-the-ear phones for long calls. I was considering a nice SteelSeries set that would work with PC/Mac/Mobile, but to be honest I keep hearing iffy things about the quality.

If my Ailihen cheapies broke (which were from meh.com I think) I might look at some Sennheisers that would probably cost 3x as much, and hopefully work as well.

I’m finding I totally understand why people have different headphones for different uses. Earbuds and such are great for listening while walking the dog, but I nearly killed my ears using them for 5+ hours/night of conference calls. I’d really like an over-the-ear set with an actual boom mike for conference calls, but haven’t found an affordable set yet.

I went through a couple sets of headphones during the 2015-2017 contracting “I Live on a Conference Bridge” run: For comfort, I’m actually pretty happy with some from ‘Ailihen’ that I like. They’re wired, but I find I prefer big 70s-style over-the-ear phones for long calls. I was considering a nice SteelSeries set that would work with PC/Mac/Mobile, but to be honest I keep hearing iffy things about the quality.

I agree. These Anker’s were supposed to be for running or yard work but they just don’t fit well. Still I have my old LG Tone’s for long hauls or time spent in the data center plus some other off brand one that fits great but only has a 2 hour life. I bought Gratch a pair of Panasonic wired headsets for her conference calls but it didn’t come with a cell phone plug so I had to buy an adapter. No big deal. And for work, I use a stereo mono headset since I have to keep an ear out for certain people yelling for me. For a computer, I can choose between my Logitech or I got a really nice Plantronics headset I snagged from Learning Tree.

Another vote for Anker here. My step-son absconded with my first 9,000 mAh Astro2 a few years ago. Now, I have two batteries that I keep in my backpack - a 10,050 mAh with Qualcom Quick Charge, and a bigger one, looks like that 20,000 mAh Astro two port, but it is older so it might be only 13,000 mAh. Wife carries a compact 6,700 mAh with her most of the time. She used to use the mini 3,350 mAh, but the 1amp output couldn’t keep up with her constant use.
I also have a bunch of wall chargers - 5 port by the bed, by the couch, in my travel bag; 2 port by the xbox, computer, wife’s nightstand, guest room, office at work, backpack - and a few car chargers. And, of course, a crapload of microusb cables here, there, and everywhere.
My dad likes his Anker headset, but I prefer the SoundCore whether I’m working in the yard or watching a movie on a laptop or tablet.
Most of my friends have Anker gear, too.

I ended up ordering the Anker Astro E1: Small size seems like a bonus, it’s device agnostic, 6700 mAH (which isn’t that high, really) and ready to go.

The motivating factor is my wife’s been dealing with her father being ill, and I really want her to have a life-line in case she has to head over to her parents home, the hospital, or similar. I’m going to try to get her to keep one in her bag or car just in case she’s caught away from an outlet while dealing with stuff.

And the other is for me, who had a panic this morning as I’m trying to juggle training someone, be on calls for other work stuff, etc… And my phone died this AM so I couldn’t’ Bluetooth a boring call on the way to work. Apparently my car charger rig just barely keeps the battery powered up.

I don’t buy chargers anymore that can’t output ~2 amps. 1 or 1.5 might be fine for my ye olde BlackBerry, but is woefully insufficient for a modern Android or iDevice.

The Astro E1 is a very convenient size, and has PowerIQ, which really does help compensate for cables that are nearing end of life. Anything bigger and my wife complains that it adds too much weight to her purse.

I think my car rig is due to being an older vehicle. It’s usually OK, but the USB ports probably are slightly weird. As is, I have to use:

Looking at it, it is perhaps a bit complex. Maybe.

Maybe when this rig breaks (cables take some abuse due to heating/cooling cycles) I’ll finally buy the official cable. The 3rd party BMW-Lightning cables either don’t work or work poorly (Really, I need to plug my phone in to data and audio like an animal?) but the official one is scary expensive.

Yikes, yeah, frankencable! Any of those links in the chain could be introducing resistance and keeping your phone from getting the power it needs. And it is possible that the source only provides just enough juice to work with their special adapter.

My one friend who uses an iPhone put all his music on a tiny USB drive and leaves that plugged into the truck. For anything streaming, he feeds the stereo through Bluetooth. To charge his phone, a lightning cable is powered by an Anker charger in the 12v power point.

Newer cars are better, generally, I think. I’m sure my 2009 puts out the bare minimum spec. My wife’s Jeep is a little better, but her does the late 2000s “USB in the Glove Compartment” which is fine as she has an older iPod attached that keeps working.