I know we have tabletop gamers here, so I thought I’d post this here. A friend of mine came up with an idea to reduce the number of dice that you need to carry around to play D&D or other games that use polyhedral dice. 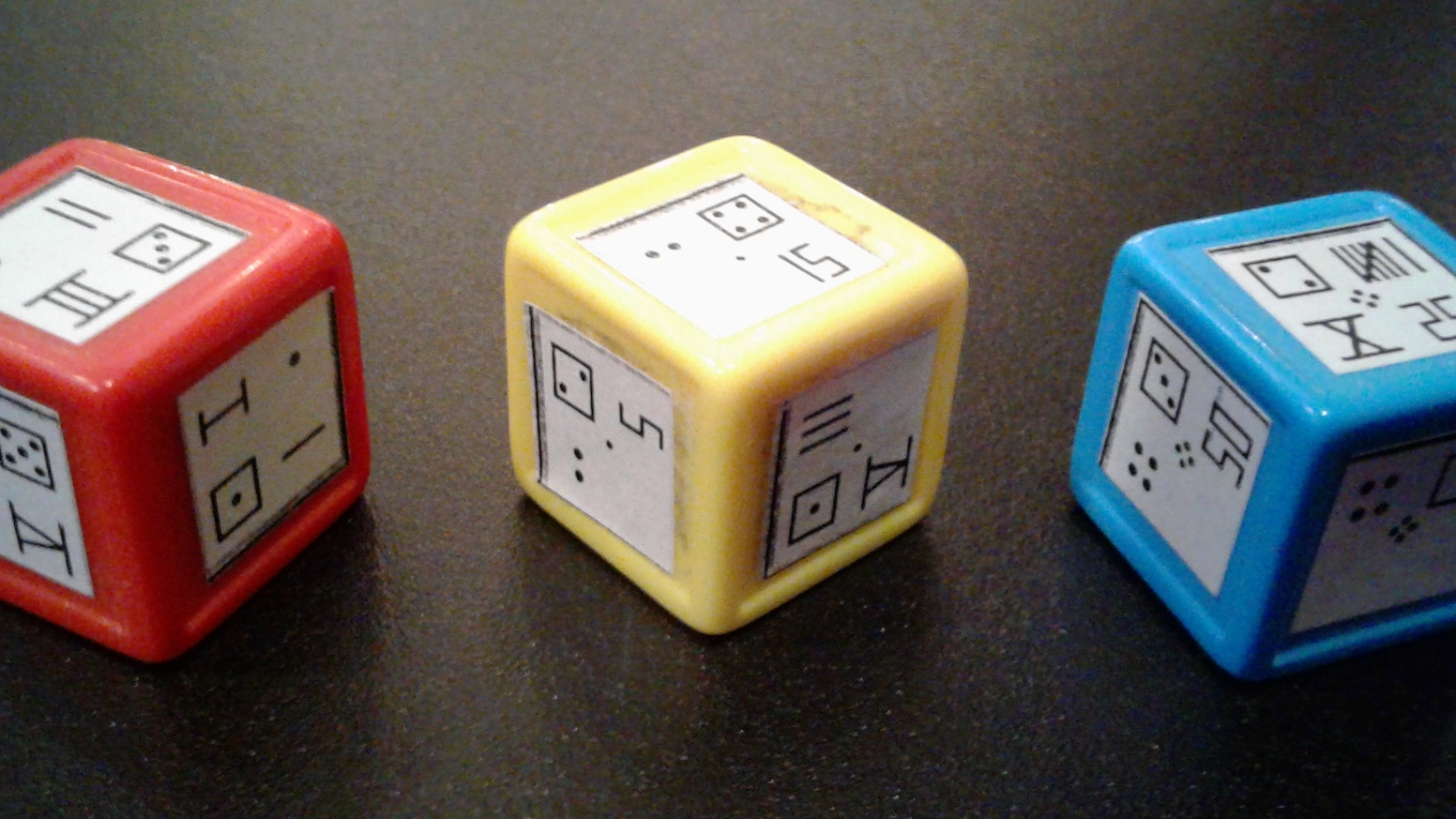 A set of three custom 6-sided dice that can be used to emulate a standard set of polyhedral dice used in many Role Playing Games.

I know people who would go insane if your polyhedrals’ edges weren’t sharp enough. They would argue endlessly about the actual percentage differences and odds with this system.

It could only end in tears.

Figuring the actual percentages shouldn’t be that hard for anyone who routinely uses polyhedral dice in the first place. If you want to blow their minds look up non transitive dice. Those are fun.

The problem is that the odds aren’t the same.Trust me. This is an argument that cannot be won.

I can’t definitively agree with you unless I know what numbers are on the dice. Simulating a d12 with two d6 is pretty straightforward. That, in turn gets you d4 if you’re not willing to roll a d6 and ignore any 5s or 6s. I can see how to simulate d10 and d20 (and d30 for that matter) without too much trouble. Little vague on how to do a percentile roll with three dice, but it could work with four easily enough. In all of these cases, there is no probability curve. It’s all flat and even.

Mind you, I don’t really see the point of this product, other than as a curiosity. A standard set of polyhedral dice isn’t that big of a pain to carry.