Didn’t know you were a ham, Sig. I’m K8YSV. Started a blog a while back but haven’t really had time to do much with it. It’s over at K8YSV.net. My forays into QRP have been only temporary. I keep buying FT-817s and then selling them, and keep looking longingly at the Elecrafts, but won’t pull the trigger on one for some reason. I’ve still got a 20m QRP rig and an Ten-Tec kit I built for 40m but I spend most of my time on the radio focused on the HF bands running 100W out. Still, I dig portable ops and will drag my FT-897 out to the woods while camping and throw a wire up in the trees. It’s relaxing.

I’m pretty new to it (June) and (expensive radio purchases aside) have been taking it rather slow. I really did not need another hobby; I was supposed to get rid of some this year. Hoping to do some rainy day hill climbing soon, but it seems like someone is always sick or otherwise requiring my attention…

Didn’t know you were a ham, Sig. 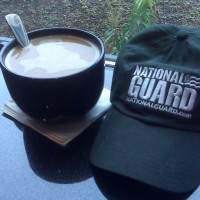 So right toward the end of the first day of the conference, TAPR reps promised a special visitor and announcement.  I didn’t even have enough context to guess who that could have been.  Who w…

That was rather informative for something written by a guy who doesn’t know a lot.

Wordpress?! @sig, how the mighty hath fallen! You should at least ghost, my friend.

Sometimes, you just want something that works. You note I’m not hosting it myself, so the biggest annoyances (keeping up with security updates and plugins and other weirdness) doesn’t apply. Eventually, will switch to something simple, portion hosted on my sdf.org account.

I want to be able to access your blog via gopher.

Weak signal propagation reporting. Using just a whip antenna and my portable HF system sitting next to my desktop computer, I was able to spot signals from Florida, S. Carolina, W. Virginia, California, and Hawaii the other night on the 30 meter band. Best explained here, but you can see a live map here.

Minor update: I upgraded to a General license in June and bought another bag. My radio gear all fit pretty well in the camera bag I bought last summer–but nothing else. Like, you know, water, food, first aid, poncho, etc. This is a little more spacious and will better integrate with my other bags/rucks/military things.

Having the day off last Monday, I went hiking to Green Mountain (1800’, but that’s as good as it gets within a 40-minute drive) to do some backpack operation using my new HF privileges. Everything was packed, planned, and organized and the weather was beautiful (if a little warm for my taste). Alas, the trails were very poorly marked and I put entirely too much faith in the map at the trail head. I ascended the wrong mountain. Gold Mountain is equally high, but a) not a state park and b) commercially logged, so there were no appropriate and accessible trees from which to hang a 1/2 wave wire dipole. Very irritating. I went home and had ice cream.

A friend/former cow-orker asked me the other night when I’d be getting my license.

And I’m trying to figure out…what would I do with it? I’m mildly interested, I’m just not sure what I’d do with the license and gear (obviously no point in the gear w/o the license).

Another reason to show up on a “people to watch” list?

I guess you could talk to @sig? Might have to wait until he gets back though; I’m guessing he probably didn’t take HAM gear.

He didn’t. He considered it, but it wouldn’t have been worth the time or effort, or space in his bag limit.

@dakboy, he was mostly geeking out with it and getting into a new hobby. However, it was also potentially a means of preparing for emergencies, and being useful for regional emergency management. In the event of the Big Quake, or some other disaster that could effectively isolate our part of the peninsula, radios should still work as long as there are batteries, generators, and places to put antennas. He is also getting more active in Team Rubicon, and I’m sure they could use more people who can operate a radio during their disaster relief efforts.

He might have had other reasons (boredom during TDY in the top ten, I’m sure), but those were the ones I remembered him applying when he really got into it. Did I pretty much cover it all, @sig?

Sometimes I get into a rut in my Ham hobby. Usually I put it away for a while, and then find some interest in it again later. My latest resurgence of interest took the form of QRP operating and CW (Morse Code). I got my Extra license long enough ago that I had to know some Morse Code to get it, but I never really used it much after that. Lately though, I picked up a Yaesu FT-817 and some portable antennas for use at the Secret Bunker. I made a concerted effort to improve my CW skills, since QRP (low power) operating almost requires that mode to be effective.

Something about sitting in front of my campfire at the Secret Bunker in WV and making a Morse Code contact with Boston Massachusetts on 1.5 Watts of power was just too damn cool.

It’s been three years since I posted in this thread BUT:

Check back in 3 years to see if I’ve actually gotten my license!

I sold my HF rig last fall so all I have at the moment is my cheap UHF/VHF Baofeng HT. I have acquired a few SDR receiver dongles (the best of them being this one). I’m in the process of learning Morse and have my eye on some kits for portable HF radios. Really hoping this one comes out soon.

I have never quite managed to learn Morse, but this has helped me get farther than I ever have before.

I recently ordered this practice oscillator kit, and I’m planning to purchase this low power morse radio kit when my foreign language pay finally arrives. I already have a good key that I kept when I sold my last radio.

I have never quite managed to learn Morse

I don’t think I could. I do a poor enough job trying to learn a few words of Spanish here & there, and I’m around it all the time.

And speak of the devil…

Easy build, no complaints, really. The instructions could benefit from editing, but I say that about basically every document in existence.

Still practicing a few times a week, starting to pick this stuff up. I pulled the trigger on the freshly updated version of the kit linked above. Hopefully I will be able to use it at a minimal level by the time it arrives and I put it together.